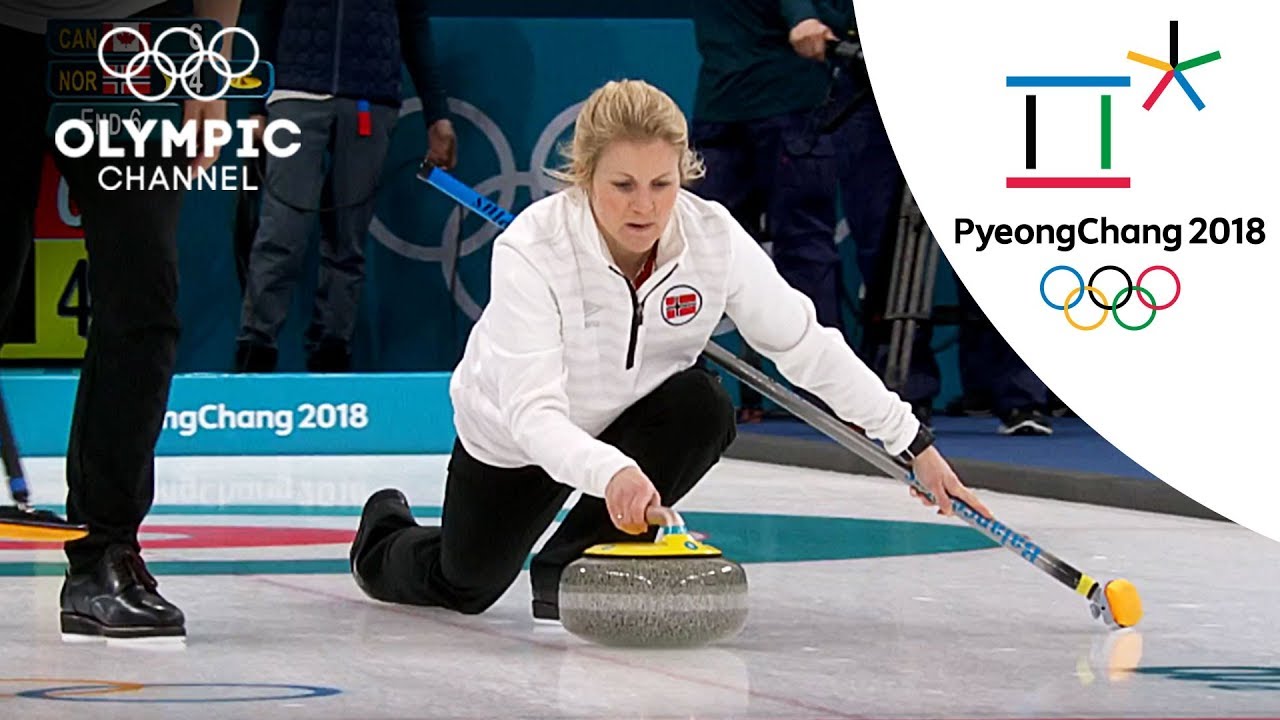 Canada and Norway met in their first round robin match of the mixed doubles Curling. Canada’s Kaitlyn Lawes and her team mate John Morris both won curling Gold in the Team event at the 2014 Sochi Games, and so were expected to challenge for a medal. But, their opponents Kristin Skaslien and Magnus Nedregotten showed early on that they would be difficult to beat.

Norway went into the final end with a one-point lead, but Canada had the hammer. Skaslien’s last delivery saw two of their stones stop close to each other in the centre of the house, making it extremely difficult for their opponents to remove them. Lawes throw didn’t make enough contact with her own stone to knock it into the button, which gave Norway two points and a surprise victory. It ended Canada 6, Norway 9.

Visit the Olympic Channel, where the Games never end: