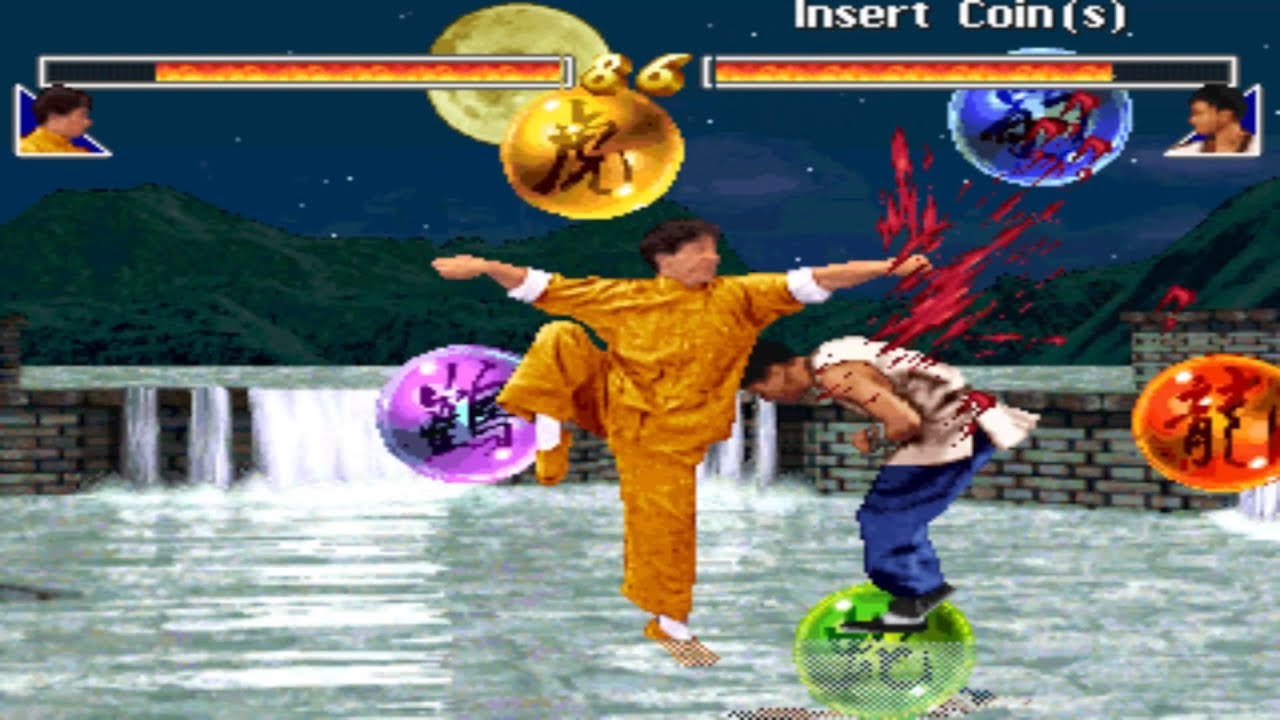 This is a playthrough using the “Five Animal Fist” version of Jackie Chan in the Arcade game Jackie Chan: The Kung-Fu Master. Read on below for more information…

Jackie Chan (Five Animal Fist) is the first boss to be revealed in the game. He is an unplayable character.

===== ABOUT JC FIVE ANIMAL FIST =====
This version of him uses the “Five Animal Fist” fighting style, which is one of the styles of the Chinese Shaolin martial art Hung Ga. It is reference to his depictions using that martial art in some of his movies. He is in an orange costume, with no alternative because he is a non-selectable character.

Gameplay-wise, his special moves include a forwards-moving axe kick and a Five Animal Fist trigger combo which must connect (not blocked) in order for the combo to be performed. The Heavy basics are pretty good as they come out fast and have good range.

===== ABOUT JACKIE CHAN: TKFM =====
Like Mortal Kombat, the game uses the concept of digitized sprites for it’s characters. The main draw of the game is of course Jackie Chan himself, and he is also the producer of it. Other actors from his movies are featured here as well.

As well as the fighting system, the game also incorporates some of the “hype” features (back at the time) into it, such as blood and finishing moves. However, these “finishing moves” are more like unique KO animations, and nowhere near as extreme as the ones found in Mortal Kombat 2.

The general gameplay, despite being a 4-button game, could possibly be described as SSF2 or Fighter’s History with chain combos.