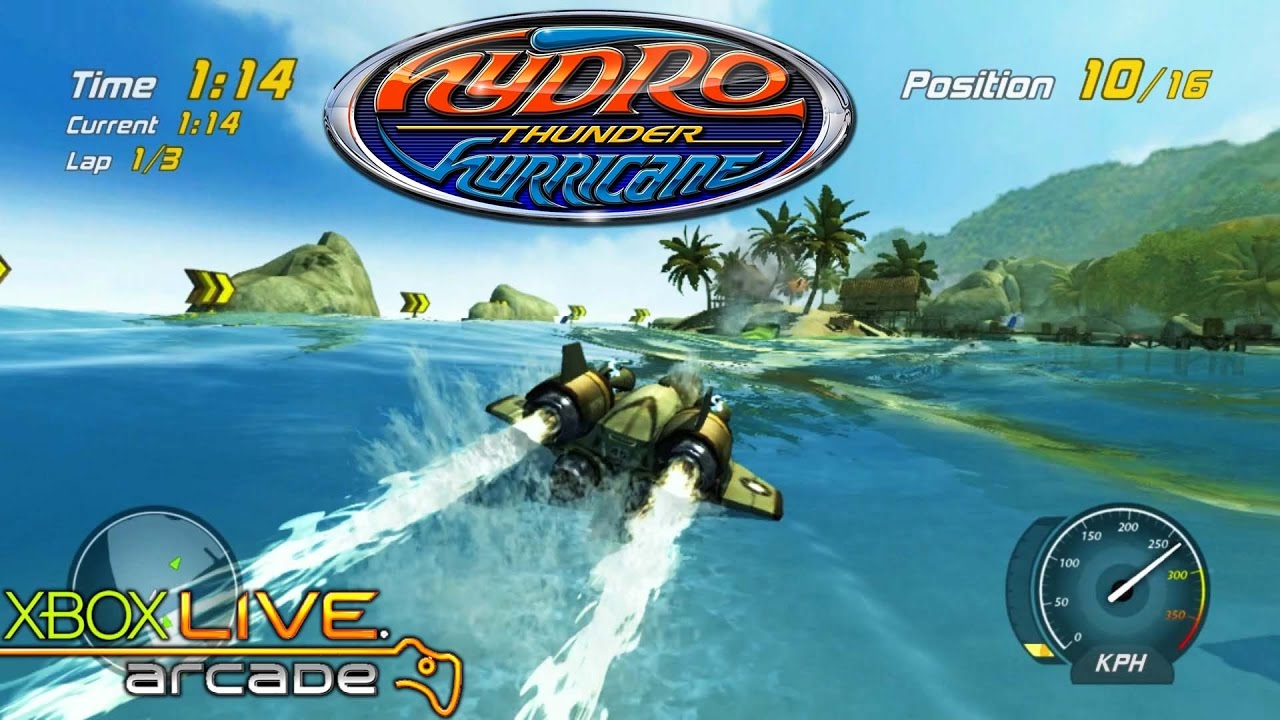 Hydro Thunder Hurricane is a boat racing video game developed by Vector Unit and published by Microsoft Game Studios for the Xbox 360 via Xbox Live Arcade. The game was released on July 28, 2010 as part of Microsoft’s Xbox Live Summer of Arcade promotion. It is the sequel to Hydro Thunder, originally an arcade game and part of the Thunder series. It was also released onto the Windows Store. On December 17, 2015 it was added to the list of Xbox 360 backward compatible games on Xbox One.

Gameplay in Hurricane involves players selecting one of nine boats to race through over-the-top scenarios. Players can collect boost powerups throughout a course which are used to increase the speed of the boat, jump over obstacles, or unlock shortcuts. The game comes with three single player and two multiplayer modes, some of which are new to the series.

Hydro Thunder Hurricane received generally positive reviews, averaging 79% at GameRankings and 75 out of 100 at Metacritic, two video game aggregate sites. Critics generally praised the varied qualities of the different boats, the diverse arcade-style courses, and the game’s overall replay value. The game has sold an estimated 321,000 copies as of end-of-year 2012, with the Tempest Pack expansion reaching just over 38,000 units in sales in that same period.