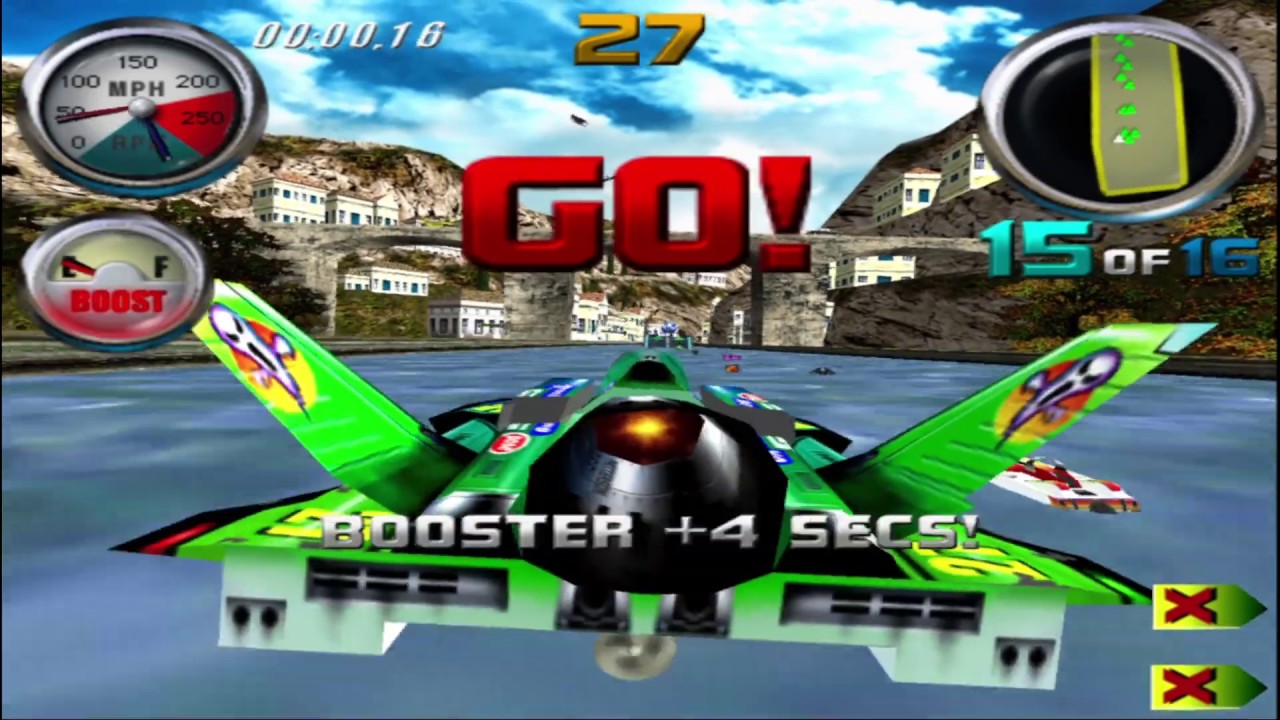 What I have here is an Arcade game made by Midway before it went bankcrupt in 2009 and shut down in 2010. Back in the days, I used to play this game on PS1 but the graphic was horrible. It was ported to N64, Sega Dreamcast and PC too. The Dreamcast port is the best port among other platforms.

This game is included in Midware Arcade Treasures 3 for the PS2 port. The graphic looks much better and beautiful but it lacks a lot of stuffs unlike other platforms though such as Catacomb Bonus Course and 4 Bonus Boats. No idea why Midway didn’t include it in this compilation.

I keep on using Tidal Blade boat because it has great handling, speed, boost speed and jump. I don’t want to use Hard Boats because the handlings are horrible even though they are fast.

This gameplay aims to show you all tracks that you can race. This port doesn’t have Main Menu music and loading screen sound so I added them myself using PS1 sounds. All in all, I hope you guys enjoy the gameplay in 60fps 🙂