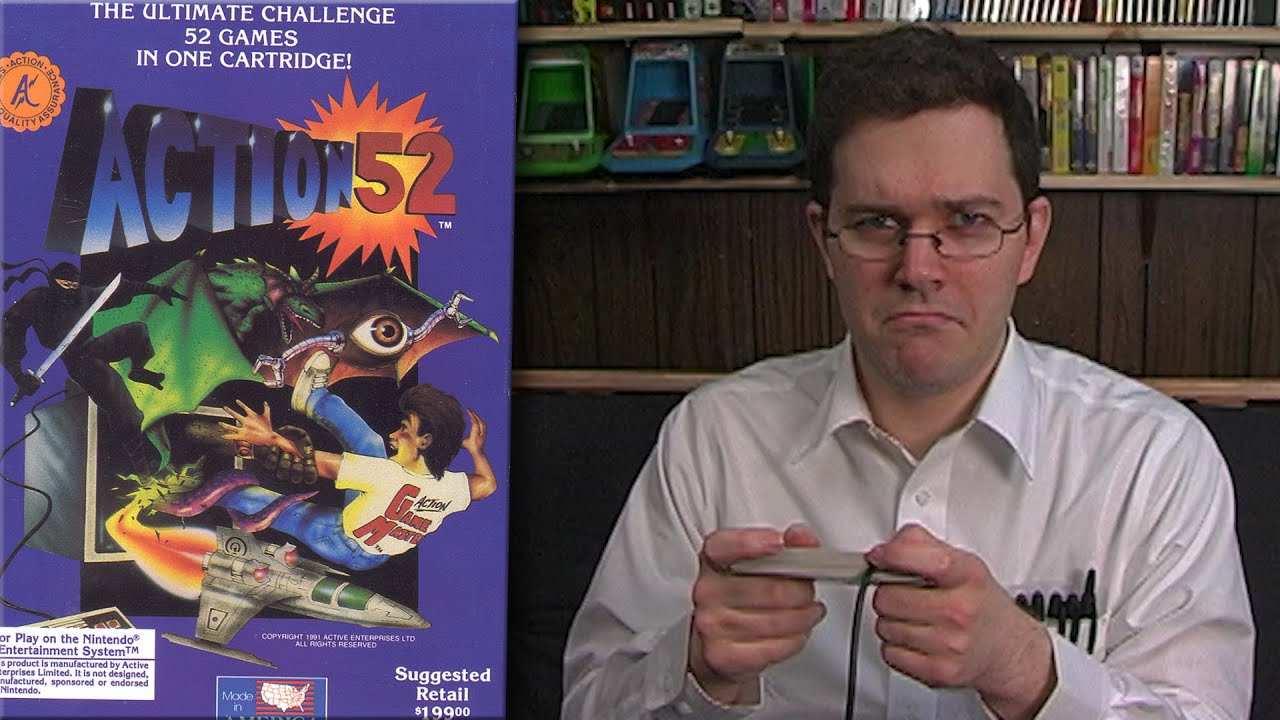 Action 52 was created by Active Enterprises released in 1991 for the NES and a 1993 port for the sega Genesis. Action 52 was a compilation of games mostly filler and many with similar objectives. Plenty of duplicate titles with very minor differences, the game itself was incredibly broken with many glitches leaving quite a few of the titles unplayable. The main title of the cart being Cheetah men which was intended to feature a possible fresh franchise series that never ended up taking off despite some merchandise and comic books being made. Cheetah men itself was very poorly constructed and contained numerous glitch’s such as getting stuck in mid jump on top of poor level design. Plenty of the games on the cart were space shooter’s and some games had other issues such as never ending, not being able to win, game freezes, misleading game titles, and numerous other issues which resulted in it’s poor reviews. This is Angry Video Game Nerd Episode 90