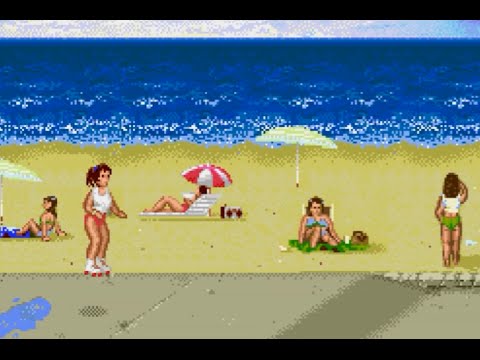 Yes, it’s the mega-classic turned overwrought blood-diamond mine from the ironically awesome (until hitting epic-fail with Atari) Epyx. This has to be one of the most ported games of the 80s – seriously. I remember this being on just about everything that had a screen. I mean my first grade classroom’s Apple II had a copy of this (complete with handwritten label) in the disk caddy next to the green monochrome monitor. *Sigh* yeah, that was about 1988. Ouch.

Anyways, the Genesis version looks nice, and it does just about everything else that the Zack Morris phone port could do, but the real differentiating factor – it god rid of that horrendous attempt at Louis, Louis featured on most of the ports (except the Amiga version, that sounded awesome), and replaced it with one of the most orgasmically amazing FM tracks ever with the new title screen music.

Yeah, anyone that wants to hate on the Genesis sound chip, listen to the theme song. I added it in its entirety at the end of the video, it’s that awesome.

_____
No cheats were used during the recording of this video.

NintendoComplete ( punches you in the face with in-depth reviews, screenshot archives, and music from classic 8-bit NES games!

Visit for the latest updates!